First of all, research shows that pupils who do engage in aggressive behaviour have limited knowledge and social skills in resolving conflicts in a constructive manner. The standard response of these pupils to conflict is either withdrawing or forcing a situation. A well-conducted peer mediation program teaches children and young people alternative strategies to aggression and withdrawal that instead promote constructive communication and a safe school environment (Stomfay-Stitz, 1994; Sim, Whiteside, Dittner, & Mellon, 2006; Smith-Sanders & Harter, 2007)
Extensive research (incl. review papers) on peer mediation programs show that they are indeed successful in improving school climate by teaching students to constructively deal with conflict. This in turn reduces student-to-student conflict as well as suspensions and discipline referrals, and further improves relationships between peers as well as between pupils and teachers – creating a healthy school climate. Results from peer mediation programs show that when conflict arises and is dealt with by a peer mediator, there is around a 90% agreement rate and satisfaction of outcome by pupils. Similarly, teachers and parents are also highly satisfied with the outcomes of mediation sessions (Johnson & Johnson, 1996; Cardells & Van Slyck, 1999; McHenry, 2000: Burrell et al. 2003, Harris, 2005).

What are the specific cognitive/emotional benefits for pupils?

Specifically, peer mediation programs have been shown to lead to improvement in controlling anger, developing appropriate assertiveness skills, and learning problem solving skills, communication/language skills and other interpersonal skills, as well as increasing empathy, trust, tolerance, respect, and fairness. For student mediators themselves, learning the mediation process has been shown to increase self-esteem, and even improve academic achievement (Thompson 1996; Bodine & Crawford 1998; Cardells & Van Slyck, 1999; Johnson & Johnson, 1996; 2005). Mediators experience their ability to make a profound difference in the lives of others, and their contribution is valued by adults and students alike – this has a positive, upward spiral effect (Cohen, 2005).

Do these benefits extend beyond the school environment?

Yes, studies have shown that participation is peer mediation training gives pupils skills to use in their lives outside of the classroom and school, and has a significant impact on the strategies pupils use to resolve conflicts in their homes. Thus, being a mediator helps students approach conflict in their own lives and in their communities with new perspective and skill (Johnson, Johnson & Dudley, 1992; Johnson et al. 1995; Cohen, 2005; Harris, 2005).

For the journal references, please see bottom of this page 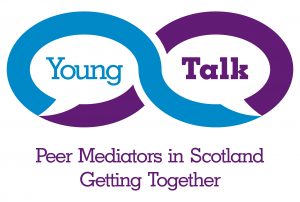