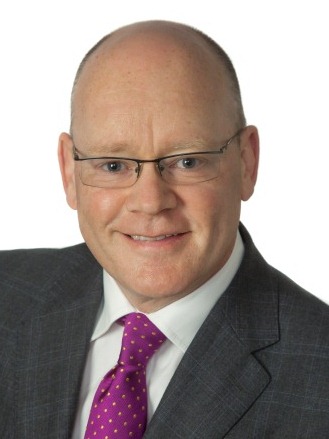 Giving People a Voice in Complaints

When people complain, there are two primary reasons that they do so; firstly, they want to be heard and secondly, they don’t want someone following them to have the same difficulties or issues that they have faced. Yet in most cases one of the most useful tools in resolving complaints, mediation, is not widely used in Scotland.

Scottish Mediation is engaged in work to encourage and support the use of mediation in complaints. In that work one of the biggest barriers to the use of mediation is that people often don’t understand what it is and how it might help. One of the ways we have sought to tackle this is by providing mediation skills training to those involved in complaints. The impact of this has been that people have a better understanding of how mediation works so they are better placed to know when it might be a useful tool for them to use. It is also the case that if someone has experience of what mediation is and how it works they are in a better position to explain to those involved in a complaint how it might work.

What we have also found is that the use of mediation to help resolve a complaint doesn’t necessarily have to be a in formal process but can be as simple as using mediators as independent facilitators to host a meering or a discussion. I am still struck by how that can change the dynamics of a meeting and help people to be heard.

At the Scottish Legal Complaints Commission people making complaints about the service lawyers have provided are given the opportunity to try mediation to resolve their complaint. Just under 50% of those offered mediation take up the offer and of those that do there is a 75% resolution rate with 88% of those taking part saying that they would recommend it to others. The SLCC scheme, which has helped to provide earlier resolution of complaints, is free to participants. It has been empowering for the parties who have often come up with resolutions that may not have been otherwise possible and effective in allowing people to resolve and move on.

The University of Dundee Early Dispute Resolution (EDR) has been in place since 2008. There mediation is used widely across the University. EDR’s purpose is to assist staff and students in anticipating, avoiding, preventing, and resolving disputes. It has a wider potential impact to culture and communication, and provides an alternative route to formal complaints and grievance processes. The mediators are University Staff and Students who do their work in addition to their formal role with the University and come from a wide range of departments. Since 2008 they have carried out over 200 workplace mediations. In addition they carry out group facilitated discussion and train people in the skills of mediation to help with day to day interactions across the University.

There has been common feedback from both schemes with the wider benefits summarised as early resolution, allowing complainers and practitioners to “clear the air”, producing mutually satisfactory outcomes, leaving both parties with less ill will towards each other and it can rescue the relationships.

What needs to be done?

For me the information available to people who are asked to consider mediation needs to be better. Organsiations like SLCC use video and blogs to help demonstrate what mediation is and how it works. We also, however need to ensure that mediation is integral to how complaints systems work. I recently did a mediation where the parties had been in dispute for over five years. None of the parties had spoken to each other and my view was that if they had communicated, their dispute could have been resolved without my involvement.
There is also work to be done to encourage people to adopt the use of mediation in resolving complaints and to share the positive impacts of doing so with others. That is something Scottish Mediation is committed to supporting and we recognise that engaging with organisations to talk about the use of mediation is an important part of that work. I spent some of Monday morning speaking to a general management team in a large organisation for whom complaints are an essential learning tool in their success. I’m now planning to speak to more as the year goes on.