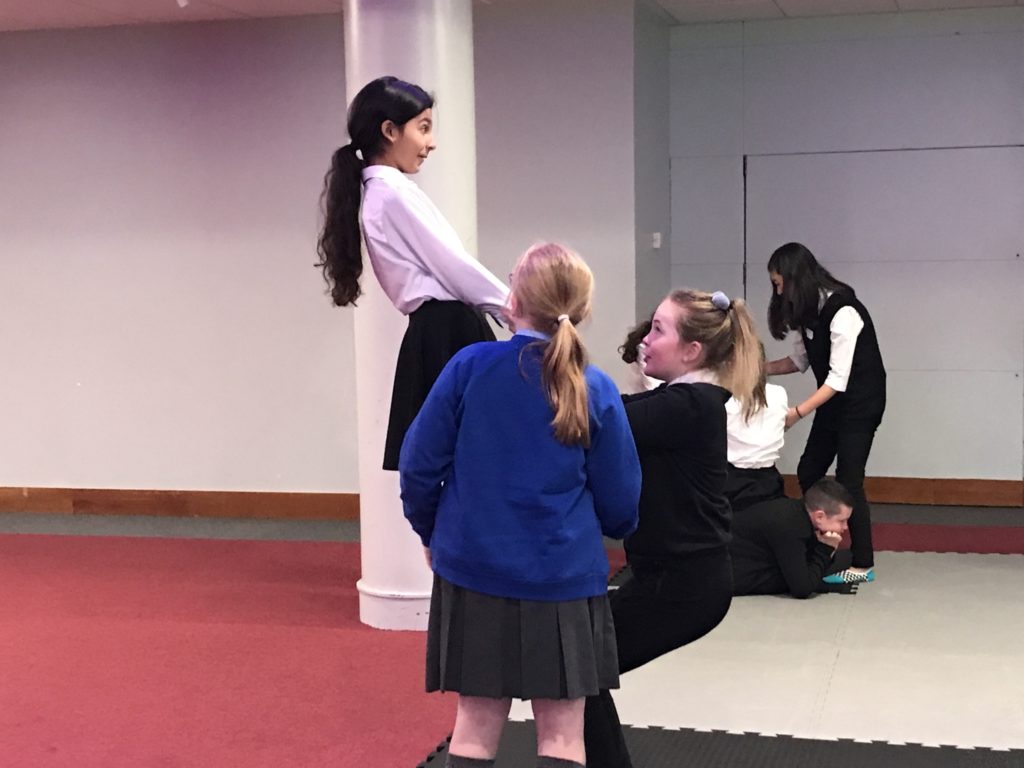 One of the skills mediators needs to have is the ability they have to manage any biases and assumptions that may affect a mediation. This is important when helping people resolve disputes as the mediator needs to act and have the confidence of the parties of acting in an even-handed manner.

When my colleagues announced that the venue for our Young Talk conference last month was to be Tynecastle Park, the home of Hearts, my initial thoughts on how things might turn out were not good. For my sins, and I must have committed quite a few recently, I am a Hibs fan, and so a visit to our city rival’s stadium didn’t initially seem like a good idea.

Not surprisingly therefore entering the stadium for the conference I was unsure about what to expect. I didn’t however have to manage any biases or assumptions as the setting, service and conference could not have gone better.

Young Talk is Scottish Mediation’s initiative to get Young People using mediation skills, whether in schools, in youth organisations or indeed anywhere where listening and conversation skills are useful. (We call it Peer Mediation) At Tynecastle we had young people from schools across Scotland, both primary and secondary. They had been invited to the conference which this year had a circus theme.

The circus theme may seem, on the face of it, to have no connection to mediation. However one Edinburgh Players started their workshops the relevance became immediately apparent. If you are juggling or doing balancing acts it’s very important that communications are the best that they can be. That everyone understands what’s expected of them and particularly with the balancing acts that everyone trusts everyone else. As a result the circus skills workshops were like mediation masterclasses.

At the beginning of the day delegates from different schools shared what Peer Mediation meant to them. One of the best comments came from Molly at Croftfoot Primary in Glasgow who said that ‘My playground is a happier place since Peer Mediation was introduced’. Often when disagreements and bullying aren’t sorted out that they have the potential to make lives miserable for those involved. Simply by giving students the ability to help their fellow students sort things out can make a huge positive difference. Students from other schools talked about how they had made an impact on how they talked and listened at home with their families confirming that the skills gained aren’t just for school.

The feedback didn’t just come from the students. Teachers talked about how learning mediation skills had a huge impact on the personal development of students. I find speaking at conferences nerve racking so it was great to see the confidence of the students addressing the conference. That was another assumption that was contradicted by what happened.

One of the biggest challenges for Scottish Mediation has been how we fund the work to help young people gain such invaluable mediation skills. I was reflecting after the conference that one of the biggest biases and assumptions we need to overcome is that everyone else would automatically understand and see what we are talking about. As a result we’re now working on a report that will map the outcomes and impacts of imparting these life skills to young people. In doing so we’ll be focussing on a wider range of outcomes than we had thought we might be at the outset of our work. Initially our focus had been the impact on the schools and for learning. I can now see our report focussing on much wider issues such as the importance of skilling young people as a way of preparing them for life and the positive impacts theses skills will have for the rest of their lives whether that be in their families, in education, in the workplace and eventually in the relationships they establish with their future families. It won’t be in the report but I’m sure such learning will also have an impact on how we as a society deal with disagreements, an area where I think we can all agree that there is room for improvement.

The last assumption I got completely wrong was that the guy with the Hearts blazer and tie, one of many who gave us great service, would be Hearts daft. Turned out he was Hibs daft and we enjoyed a few minutes of conversation about our passion for football and for Hibs.