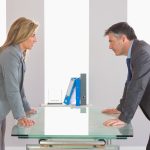 Most mediators would be very wealthy if they were given money when people had said to them “I wish I’d spoken to you earlier”. It’s a feature of much conflict resolution that people and organisations have processes and procedures that push people into disputes rather than seeking to resolve issues at an early stage.

On Scotland’s Election Day I was delighted to attend a celebration of the University of Strathclyde Mediation Clinic’s 100th mediation. This is quite a remarkable achievement for the Clinic as their first mediation took place in October 2012.

In December the Network was delighted to respond to the Scottish Government’s consultation on the future of the planning system. We are firmly of the view that the review offers an opportunity to radically improve the system in Scotland. A key factor in achieving this would be for Scotland to become a leader in the […]